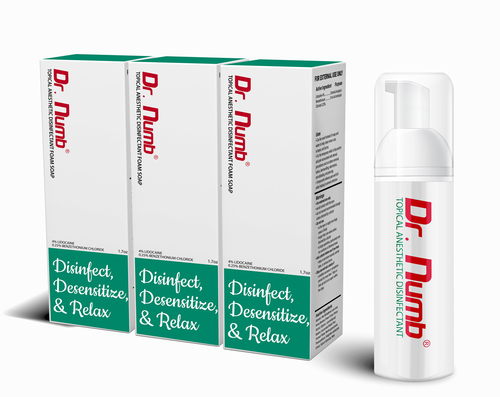 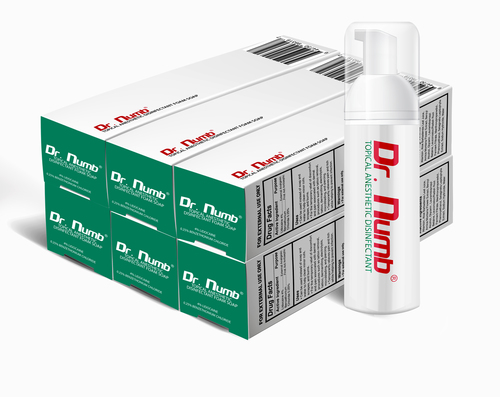 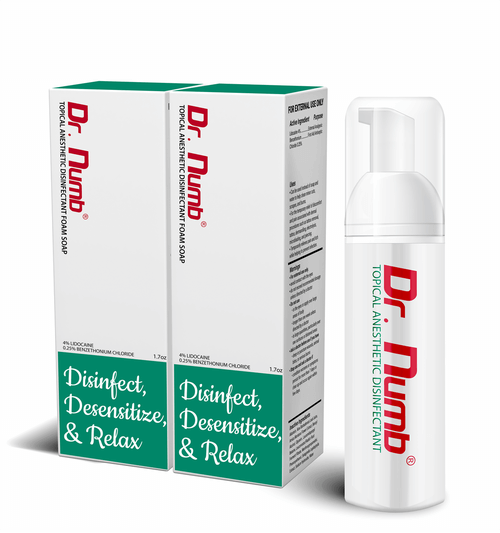 For pain associated with skin conditions and dermal procedures you can trust Dr. Numb® Topical Anesthetic Disinfectant Foam Soap. Being an OTC product it comes with 4% lidocaine to make your skin numb and 0.25% Benzethonium Chloride for disinfecting.

Dr. Numb Disinfectant Foam Soap not only disinfects the dry skin but also gives relief from minor pain as it numbs the skin. It can be used before and after a tattoo session to keep the skin sanitized and soothed. The foam soap can be useful as a tattoo aftercare product to minimize redness and boost the healing process.

Dr. Numb Topical Anesthetic Disinfectant Foam soap is three times powerful than your regular foam soap. It cleans, desensitizes and numbs (mildly) the skin. Its numbing and anti-inflammatory properties will promote a relaxing and painless state before, during and after the tattoo process.
It is easy to use Dr. Numb Topical foam soap. Shake well before each use. Apply 2 to 3 pumps of foam soap and gently rub into the skin. Leave it on for 5 to 10 minutes. Rinse off gently with running water or wipe with a clean paper towel.

(Caution: Keep the bottle closed when not in use to maintain the potency of its numbing effect.) 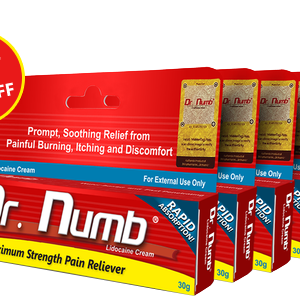 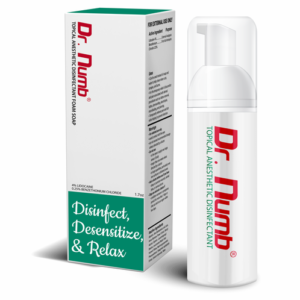 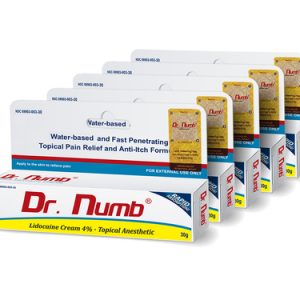