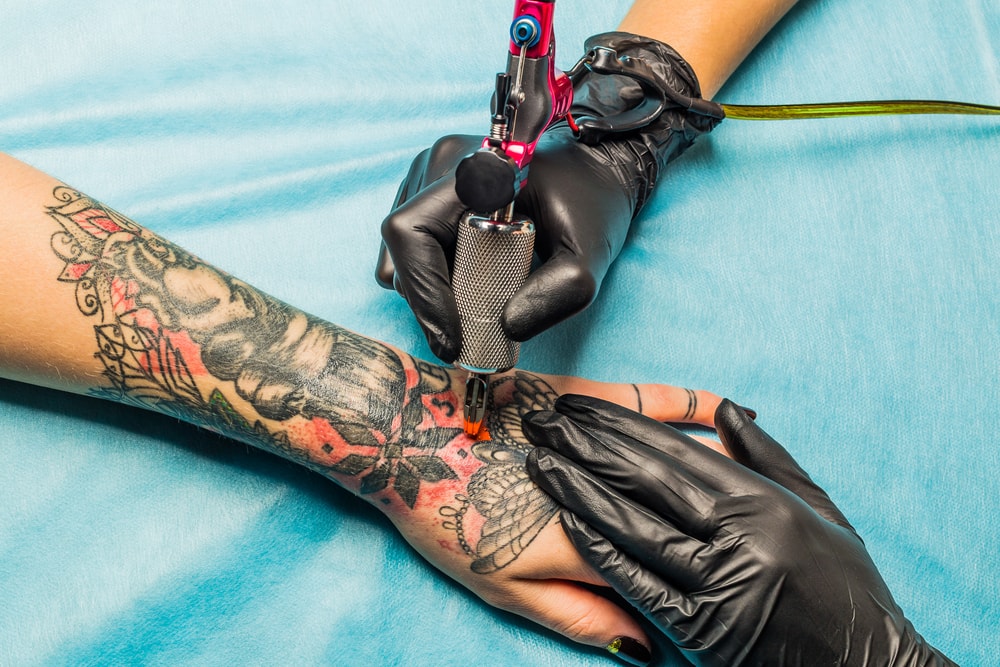 Why did Kendall Jenner get MEWO tattoo? What inspired Grande to take bee tattoo? Why Demi Lovato chose lion tattoo? Here are interesting stories behind your favorite celebrities’ tattoos.

Tattoos have become part of today’s culture. They not only add to one’s aesthetic sense but also unleash your beliefs and attitude. Tattoos are popular among people from all walks of life. And celebrities are no exception.

In fact, they are the innovator of some of the cool tattoos ruling the vogue. Some showbiz stars are so fond that they have dozen of tattoos on their body. There is an interesting story or event hidden behind their ink.

Some of them get a tattoo after being inspired by their favorite song. Some dedicated their tattoos to their pets. Some got inked to commemorate their fans. Some celebs got inked for no reason.

Here we have come up with the celebs’ tattoos that have an interesting story to tell.

Amanda has a foot tattoo, which says “minge”. Why did she get it?

She explained that it was due to her friendship with co-stars Rachel McDowall and Ashley Lilley, who played her character’s best friends in Mama Mia! And this friendship went beyond the screen to real life. This trio decided to get inked to celebrate their bond.

On being asked by Seth Meyers on Late Night with Seth Meyers, she said, “It’s a term of endearment and in England it means vagina but in the U.S., where I spend most of my time, it doesn’t mean anything. We commemorated our friendship with ‘minge’ tattoos.”

Counted among one of the highest paid supermodels, Kendall Jenner has an interesting story to tell about her “MEOW” tattoo inked on the inner lip.

Couldn’t she choose a better phrase than “MEOW”? After all, she is a supermodel and known for her great aesthetic sense.

She explained the reason on the Ellen DeGeneres Show.

She said,” I was drunk! I was not thinking clearly. She further said that it was the first that came to her mind. I don’t know, just my drunk thoughts.”

Did the tattoo hurt her? She replied,” It’s just like fatiness but it’s not, like, bone hurts really bad.”

However, the hot Victorian Secret model admitted that she has got a white dot as her first tattoo which was common among her friends.

Oscars 2018 ceremony saw the actress with a cursive tattoo on her arm. And the tattoo read #TimesUp. Although the tattoo was cool, it was trolled for its grammar error. The ink has a missing apostrophe, displaying “Times Up” rather than “Time’s Up”.

The actresses responded over the things hilariously as she tweeted

“Fake tattoo proofreading position available. Experience with apostrophes is a must.”

She was backed by many people on the grounds that there is no need of apostrophe in the shortened hashtag of the phrase. And Oxford educated Watson was supposed to be aware of this.

Miley Cyrus and Her Meaningful Tattoos:

Miley Cyrus has sported dozens of inks on her body. And each tattoo has a meaning or being inspired by something important. Did you know she has 20 tattoos so far?

Her right hand alone sported 9 tiny tattoos. The sides of her fingers are inked with an equal sign, a peace symbol, a cross, “Bad” from MJ’s album, and the phrase “karma”. For her equal tattoo sign, she gave reason–

“All LOVE is equal,” a lot of people mocked me–they said, “What happened to you? You used to be a Christian girl!” And I said, “Well, if you were a true Christian, you would have your facts straight. Christianity is about love.”

Her knuckles are inked with an evil eye, an alien head and watermelon slice that covered up her previous tongue and triangle tattoo.

Her first tattoo was “Just Breathe”. She got an animal tooth on her bicep, Roman numerals inside the elbow, crossed arrows behind the elbow, a portrait of grandmother and the anatomy of the heart on her forearm. Her wrist is inked with an anchor tattoo.

Her “babies” tattoo stands for her “SNL” performance. Even she has a tattoo to show love for her boyfriend, Liam Hemsworth’s favorite spread.

Everybody knows that Miley loves her pets so much. No wonder that some of her tattoos are dedicated to them. The latest one is the portrait of her pitbull Mary Jane.

Apart from chartbusters, Justin is known for scandals, controversies, global fans, headlines, luxuries and everything you can imagine about being a pop star.

He is seemed to be tired of these quintessential things. And his thigh tattoo reading “BETTER AT 70” indicates this change.

“I look back at a lot of things in my life, mistakes, insecurities, and although I have felt I’ve wasted a lot of time it also makes me want to be better faster and longer! For me personally, I want to work every day to be BETTER AT 70.”

Has JB grown up or got matured? Only time will tell!

There is a heart rendering incident behind Ariana’s bee tattoo. The Manchester Arena was bombed by a suicide bomber in 2017 just before a concert by Ariana Grande, claiming the lives of 20 people who were on the way to the concert.

To commemorate the victims and survivors, Ariana got a bee tattoo. The worker bee represents the industrious spirit of Manchester (England) and has been the coat of arms of the city.

The body of Demi Lovato has been inked with 19 tattoos. And each tattoo represents her struggles and beliefs impacting her life. Her lion tattoo on the neck is really an eye-grabbing. She got it in August 2017 after attending the Time 100 event.

The tattoo carries multiple meaning. Firstly, it is her Zodiac symbol, Leo, which represents dominance and strength. Secondly, it stands for her single “Lionheart” that is about gaining strength in tough time.

It also signifies her love for her dead dog Buddy also known as little lion heart.

Demi wished to be a lion if she were any beast. And she would have the same animal or unicorn as her pet.

Demi has also got “Now I’m a warrior” tattoo on her shoulder from the same tattoo artist in 2013.

We hope that you must be amused by learning the interesting facts behind your favorite celeb’s tattoos. Do you want to get the one like them?

Make sure to get it done by an experienced tattoo artist. If you are conscious about the pain and discomfort, use a numbing cream like Dr. Numb to dull your skin so that you don’t feel anything happening to your skin. Use it an hour before the process.

What do you think? Which celeb tattoo has inspired you? Let us know by commenting below.