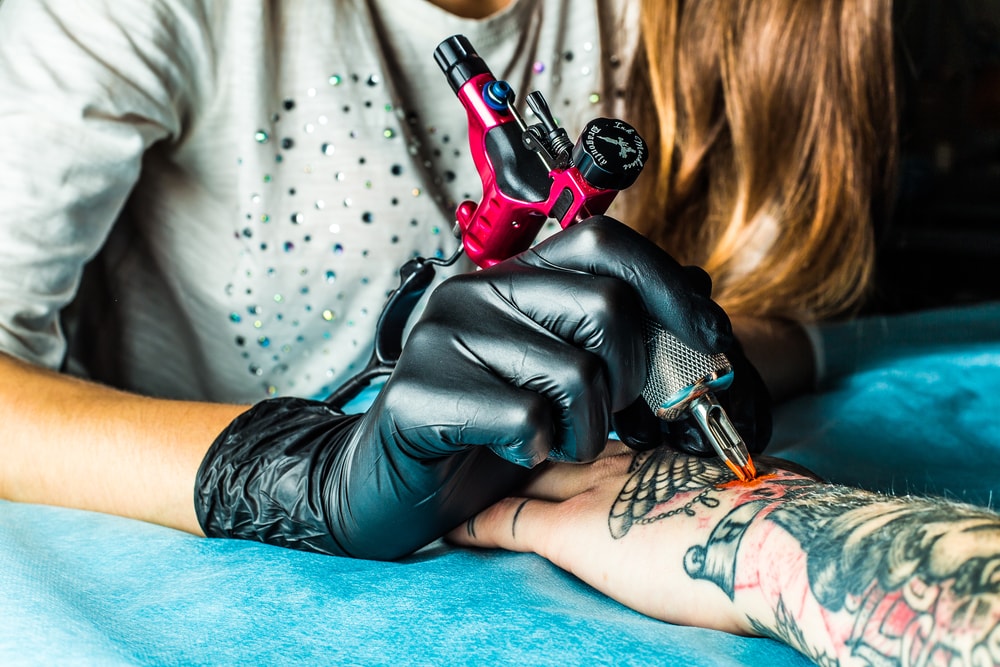 Here are some interesting facts about tattoos you should know.

There was a time when tattoos were associated with prisoners, tribes, sailors, bikers, and gangs. Gradually, tattoos started gaining momentum to become the mainstream style.

People started accepting the aesthetic side of tattooing. They came to know that tattooing is an impactful way to show who they are. No wonder that they are so popular that 40% of Americans sport them.

People from every walk of life have tattoos, no matter if they are a celebrity, a school teacher, or a physician.

Checkout the Interesting Facts of Tattoos

Here we have rounded up some interesting facts about tattoos. Here we go…

Did you know? 40% of people age 26-40 have at least one tattoo. 14% of Americans have inked their skin on the verge of their adulthood. 33% of people admitted that they got a tattoo to look attractive. 13% of people said that they feel more intelligent with a tattoo. People who claimed that tattoos made them feel employable and healthy are 10% and 9% respectively. According to one survey, 59 percent of American women have tattoos compared to 41% of men in the USA.

Tattoo inks are made from several pigments. They are mixed together to produce other colors and shades. To your surprise, urine was used to mix with coal dust to make tattoo colors. Gross! But that is true. Luckily, the pigments available in the USA are made from iron oxides, plastics, metal salts, and other elements without mixing someone’s pee.

The tattoo machine can create the punctures on the skin anywhere between 50-3000 times to embed the ink into the skin. Feeling scary?

Don’t worry! It won’t tear off your skin. It will create mild sensation or pain depending on the part being tattooed. And there so many Tattoo Pain Relief Creams in the market to help you wear the painless art.

While nearly half of Americans have tattoos, not all of them are happy with their ink. One study has found that 23% of people have tattoo regret. Some of them are not happy over getting a tattoo at a young age. Some expressed that tattoos don’t fit their lifestyle or personality anymore. Breakup also leads to tattoo regret. Same can be said about poorly done tattoos. So, its better to be careful and consider simple tattoo design tips to keep the regrets at bay.

Fact 5: Businesses are Getting Liberals towards Tattoos:

Tattoos are slowly getting acceptable among the workplaces. They are no more offensive at most of the workplaces. However, it all depends on certain factors like business environment, customer interaction and work ethics. For example, a tattoo may look cool on the bartender but can be inappropriate on the banker’s hand. However, some workplaces ask their tattooed employees to hide their art.

Tattoos are made inserting needles into the skin. And if those needles are contaminated, you are simply exposed to the risk of having health concerns.

Sometimes tattoos may cause allergy due to the pigments in the ink. It may occur as an itchy rash or swollen. Red ink may cause allergy as it contains allergic mercury in excess. Sometimes allergy can occur years after you get the ink. Skin infection is another concern associated with tattooing.

It occurs as pain, pus discharge, swelling, and redness. As discussed, the skin is inserted with the needles that may be contaminated. Infected needles can get foreign particles into the skin. Contaminated tattooing equipment and needles can make you highly vulnerable to infectious health conditions like hepatitis B and hepatitis C.

Tattooing might cause bumps or granulomas due to a cut or other skin lesion. The magnetic ink in tattoos can interact with MRI, leading to distorted images. You can remove your jewelry or metals, but how can you remove your tattoos just before MRI. Even worse, first degree burns can happen as the MRI process can heat up the tattoos.

Tattoos rates are not usually fixed up. The artist charges according to his labor, complexity, total breaks taken by the client and reputation. For example, a simple name tattoo will be much cheaper than a small butterfly or a big dragon tattoo. A tattoo studio located in the posh areas will charge more than the one located in the suburbs. But one thing is for sure—large and complicated tattoos are expensive as they consume the artist’s labor, expertise and a good amount of ink.

While tattoos do hurt, the pain level is varied based on the tattooed part.

For example, tattoos on the fleshy parts like the thigh, chest, outer shoulder, and inner part of the wrist won’t hurt that much due to the abundance of the flesh. The flesh acts as the cushion for the striking of a needle. But that’s not the case with the boney parts like head, fingers, ankle, and elbow.

They are likely to be hurt more as you can feel the needle’s strike close to the bones. That’s why a quality tattoo numbing cream is always recommended before getting a tattoo. Also known as a local anesthetic, a numbing cream dulls the skin patch against any sensation. This way, you don’t feel anything happening to the skin. Besides, get it done from an experienced tattoo artist who knows how to keep you comfortable throughout the process.

Some part of tattoo healing is determined by the season. It is challenging for the tattoos to heal quickly during summers due to sweat, heat and sun exposure. Then, getting into the pool or water bodies may make the tattoos prone to bacteria or chemicals like chlorine. Winter is the best time as there is no sweating or a lot of sun exposure. Besides, coolness in the air makes the tattoo process easier. According to many tattoo artists, dry winter is the best time as there is less chance of catching infection while the skin is not that exposed to dust and sweat. After all, a fresh tattoo is like a wound.

However, the point is here to take care of your tattoo, no matter if it’s summer or winter. You can protect your tattoos during summer by wearing sunblock; avoiding swimming; and sticking to aftercare plan.

Fact 10: Tattooing is Not “COOL” in All Nations:

Apart from the US, there are several nations across the world where tattoos are allowed. The UK has the most tattooed population in the world. Stat reveals that 1 in 3 people have tattoos over there. The other nations where a tattoo is the part of the culture are New Zealand, Sweden, China, and Australia.

However, some nations are not liberal toward tattooing. For example, Denmark has forbidden the tattoos on the visible parts like the head, neck and the face. In South Korea, only physicians are allowed to have tattoos. The Government of Iran has banned tattoos along with spiky haircuts in 2015 citing them as the part of westernization.

In the UAE, it is mandatory to cover your tattoos while in public. Here tattooing is considered as a form of self-injury.

8 thoughts on “10 Mind-Blowing Facts About Tattoo”